For the Gunnier family, fishing is a way of life. The Klickitat River has been the lifeblood of the people of the Yakama Nation for generations, and as such, it is inextricably linked to their modern identity and livelihood.

One of the longest undammed rivers in the Pacific Northwest, the Klickitat is a sinuous, sometimes raging tributary that flows nearly 96 miles from its origin on Mount Adams to the Columbia River confluence. Frank Gunnier and his younger brother, Louis, learned the art of dip-net fishing from their father on the family’s platforms, located just a few miles from the mouth of the river.

Their grandfather started fishing there in 1910, and today, they still return to that familiar stretch of water. Like their patriarchs, they have taken their children and grandchildren to the same location to share the knowledge and culture of traditional Yakama fishing techniques.

“Indians have been fishing here for a thousand years or more,” Louis says of their spot along the river. His son, Robert, adds, “[This location] is where they chipped apart stone to cut fish. It's an ancient tradition and there's a lot of history here.” Robert learned to dip net at the age of 13, and these days, he works a full-time job as a truancy officer for the Yakama Nation.

But as soon as he clocks out, three nights a week, he and the “company” — an intergenerational group of uncles and cousins known on the reservation as the “fish hawks”— drive an hour and a half to their five scaffolds perched on the stone canyon walls above the Klickitat. “We use the traditional dip-net style with a netted hoop and a 25- to 30-foot pole,” explains Louis. “We dip down river and wait for the fish to run into the net.” A single dip can fetch three or four fish, sometimes resulting in thousands of pounds of fish in a night.

To me, salmon fishing is being able to come out here and just hang out with my family, enjoy nature and continue this tradition that the Yakama people have been doing since the beginning of time.

When it comes to technique, it’s important to study the contours, depths and currents of the river. “I have been fishing 50 years longer than these guys and I just know; it’s my second nature to know where to dip,” says Frank.

Strength and a great deal of patience also come in handy — sometimes you have to fight for your dinner. “I’ve had many cases where I had a fish, and I'm pulling, pulling, pulling, trying to throw the rest of the hoop straight up in the air,” Robert laughs. “And that fish will jump out of the top of the net, go over your shoulder and land on the scaffold behind you.

You're racing with the fish and it's challenging.” When everyone is content with their haul, they fill their freezers and share with friends, family and others. Louis says, “We love to to catch fish, so the money's an extra bonus.”

The family “company” incudes Frank, Louis and their other brothers, as well as the next generations — including Robert and Shawn, Frank’s grandson. Shawn, a descendant of the Yakama Nation, has been going along with his grandfather to the river to help pack fish and patch nets since the age of 12.

Now a photographer, he likes to document his family in their element. Shawn says, “To me, salmon fishing is being able to come out here and just hang out with my family, enjoy nature and continue this tradition that the Yakama people have been doing since the beginning of time.” 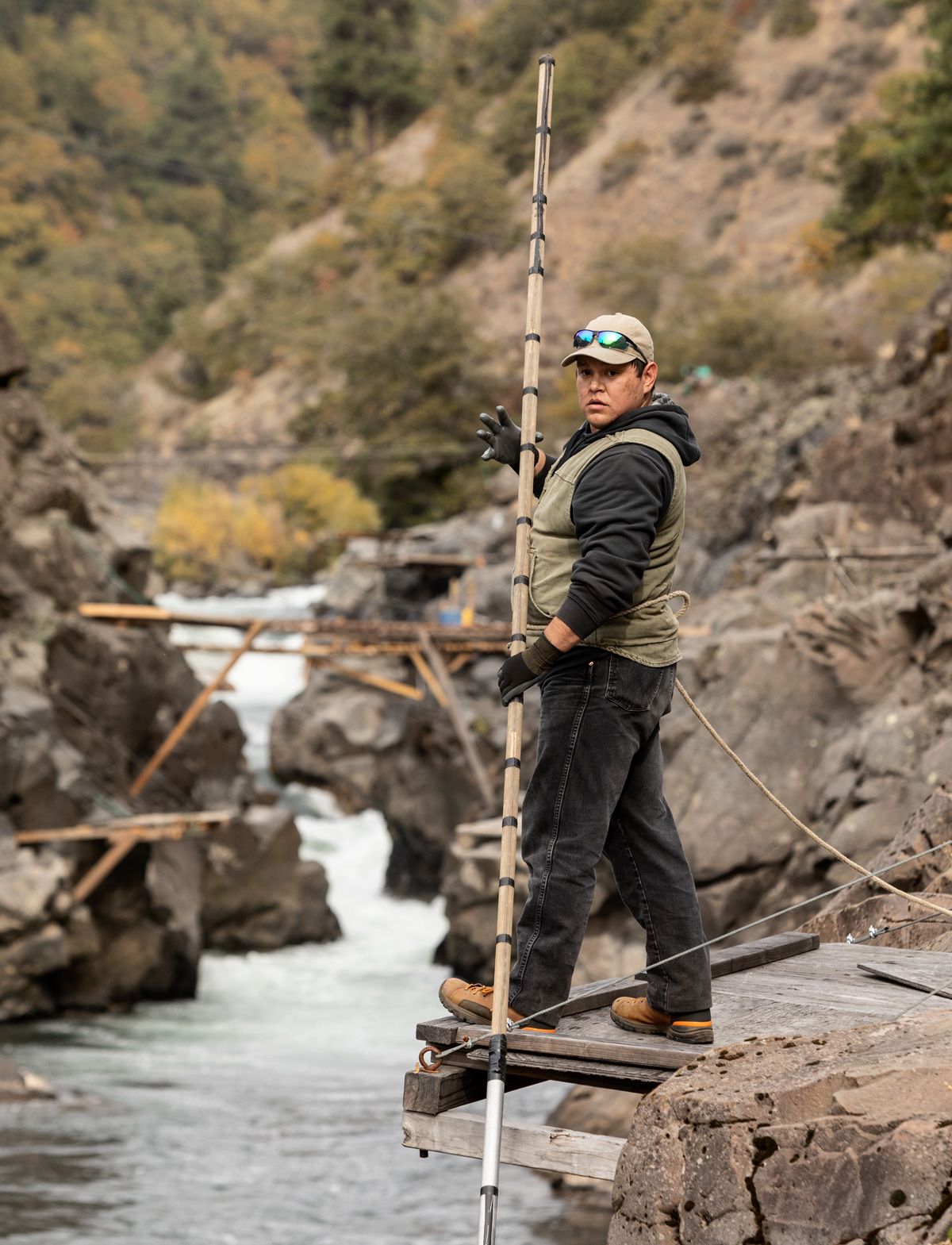 In addition to fishing and building scaffolds together, this family also likes to reminisce. They share a deep sense of place, and memories abound — especially those about Frank and Louis’s father, who fished until he was upwards of 85 years old.

At 80, he once caught 15 cohos in one dip. Weighing in at 150 pounds, the net was much too heavy for him to pull out of the water himself, but he refused to let go until someone showed up to help him. “Dad was a World War II vet. You know, there are men, and then there are men,” says Louis. “He never said much, but when he did say something … you treasured it.”

As time passes, the river undulates and changes with shifting boulders and logs, but fishing remains a constant. “This place has fed people forever,” Frank says. Shawn adds, “People say that they've been fishing here since time immemorial … and I think it's important that today, Yakama people are still here fishing and catching salmon for their livelihood.”

The Gunniers will continue to fish together, staying up late on weeknights, wrangling salmon, patching nets, building platforms on the rock faces and sharing stories and memories. “Fishing to me is all about connectivity to family, to nature and so many different aspects of life,” says Robert. “It's probably saved me. I have had a lot of stuff go wrong in my life. Being able to come down here, just having that connectivity, keeps me coming back.” 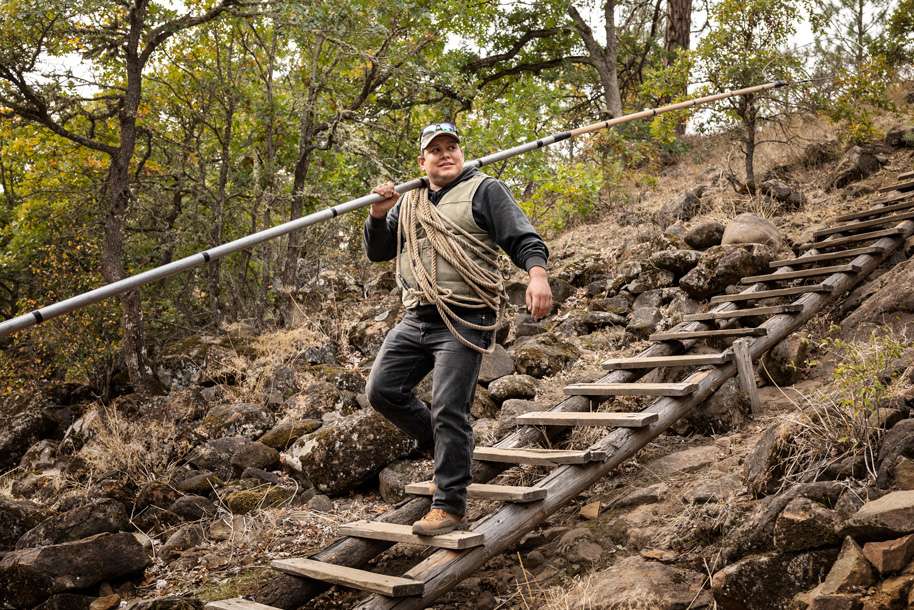 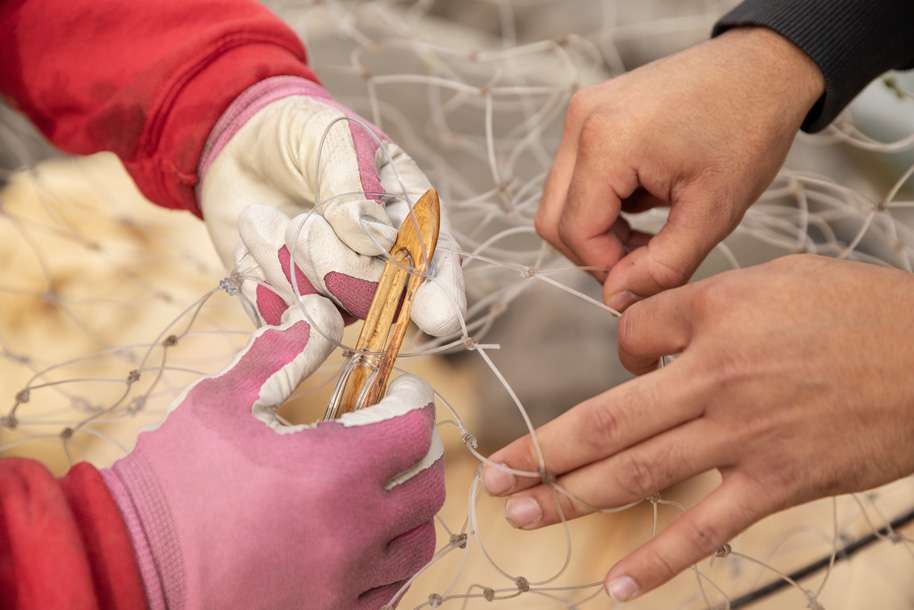 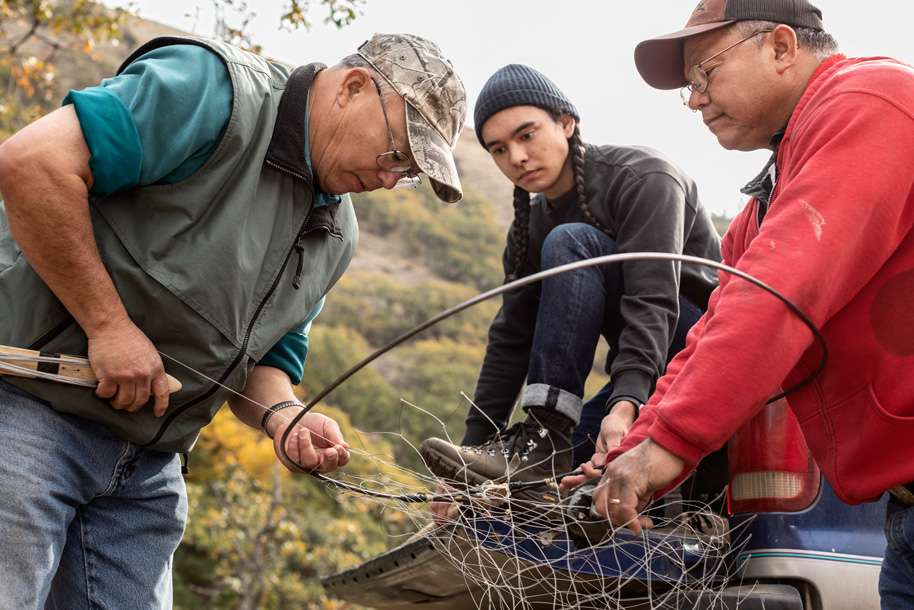 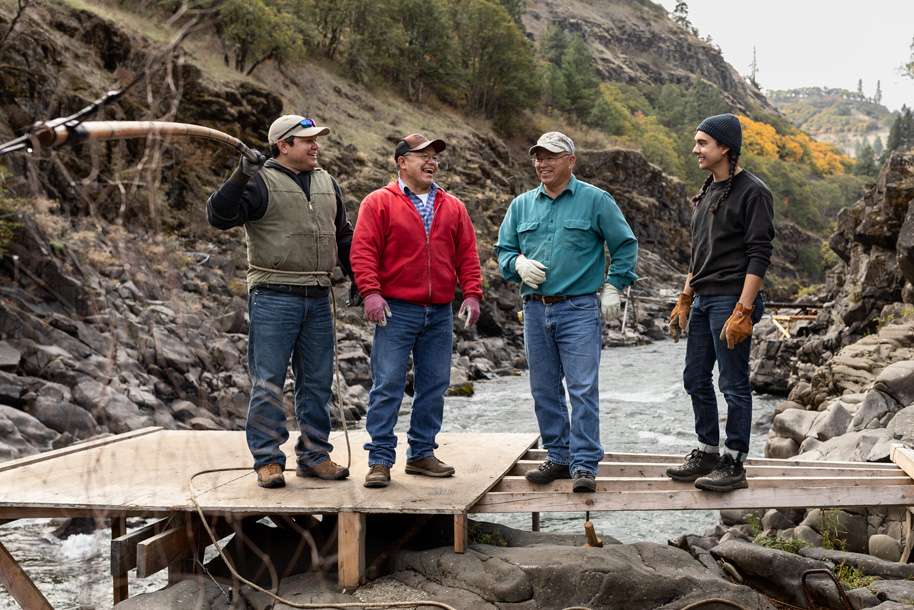