The store will not work correctly in the case when cookies are disabled.
×

Maybe it’s somewhere you need to go. A different way of life you yearn to live. Or simply the need to fight for what’s right. These individuals defied convention to find their own independent paths. Where will yours take you? 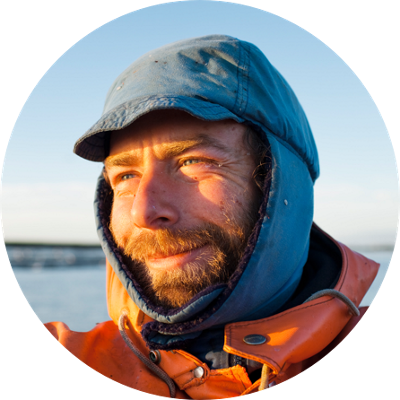 When renowned photographer Corey Arnold was 19 years old he drove from California to Alaska to work on a fishing boat to save up some money to study photography. For five consecutive summers he worked the grueling hours of Alaskan fishing boats alongside other adventure seekers not afraid of difficult, dangerous work. It took years for him to turn his lens on that way of life. The resulting images are iconic.

He likes to say that part of his brain is a fisherman and a different part is a photographer. When he isn’t creating images for National Geographic and collecting prestigious photography awards, he’s the captain of a salmon boat out of Bristol Bay, Alaska, but he calls Portland home. Well acquainted with the impulse to forge a divergent path, Corey perfectly captures the essence of Go There in the stories of these three trailblazers.