The forests of the Pacific Northwest are full of living organisms: stands of old-growth trees, dense understory, lush groundcovers and a flurry of animal activity. But it’s what flourishes underground that interests Elan Hagens.

A mushroom forager, outdoor-education instructor and owner of Temptress Truffles Wild Edibles, she scours the forest floor for signs of subterranean fungal networks. With the help of her dogs’ trained noses, she collects truffles as well as other edible and medicinal mushrooms, and she shares her finds at Portland farmers market booths and online.

A native Oregonian, Elan had a decidedly urban upbringing in Portland, the state’s largest city. Raised by a single mother who grew up on a sharecropper’s farm in Louisiana, she was always naturally drawn to animals, nature and digging in the dirt — in spite of her city roots.

On her daily walks to the bus station, she’d pass a mountain shop that sold outdoor gear, even ski items that shared her name: Elan. “I saw everybody who was leaving the mountain shop … they seemed like they were going on a journey or some kind of adventure that I had no idea about,” she remembers. “It seemed so farfetched, whatever they were doing with my name on it.”

It's very, very important to make sure that the foods that we have, especially the indigenous foods, are accessible to everybody.

Her mother noticed Elan’s curiosity, and despite a consistent struggle to make ends meet and little to no access to outdoor pursuits, she embraced her daughter’s interests and encouraged her to apply for scholarships to every nature camp she could find.

She even went into that mountain gear shop to purchase Elan her first pair of hiking boots. “She saved up for them for like three months,” says Elan. “I knew that it was something very thoughtful. [My mother] was setting me toward my future, giving me a really big tool that I needed.”

After college at Portland State University, Elan garnered a reputation for training dogs, and she was even featured on the reality show, Greatest American Dog, which led to more opportunities to work with animals. Her first taste of truffle mushrooms set her on a course that combined her love of dogs, food and forests.

“I was in Seattle and I had this amazing craft cocktail,” she says. “The bartender told me that it contained something called truffles and that they could be harvested with dogs. I was blown away when I found out that these truffles were right here in my own backyard.” And when she found out how much a pound of truffles sold for, she was floored. She decided to train her own dogs to sniff out the elusive tubers, and she started her own business selling edible mushrooms of all kinds.

From hobbyists to chefs to PhD-touting mycophiles, the world of mushrooms encompasses a wide range of enthusiasts, and Elan has had to work to establish herself within the community. “It actually helped me when people doubted me,” she says of her start in the mycology industry. “It made me work a little bit harder. People still to this day come up to me and they want to spew a bunch of Latin names of mushrooms … they want to test me a lot. They don't know that this is my own business, because they're not used to seeing somebody like me in the capacity that I'm in.” 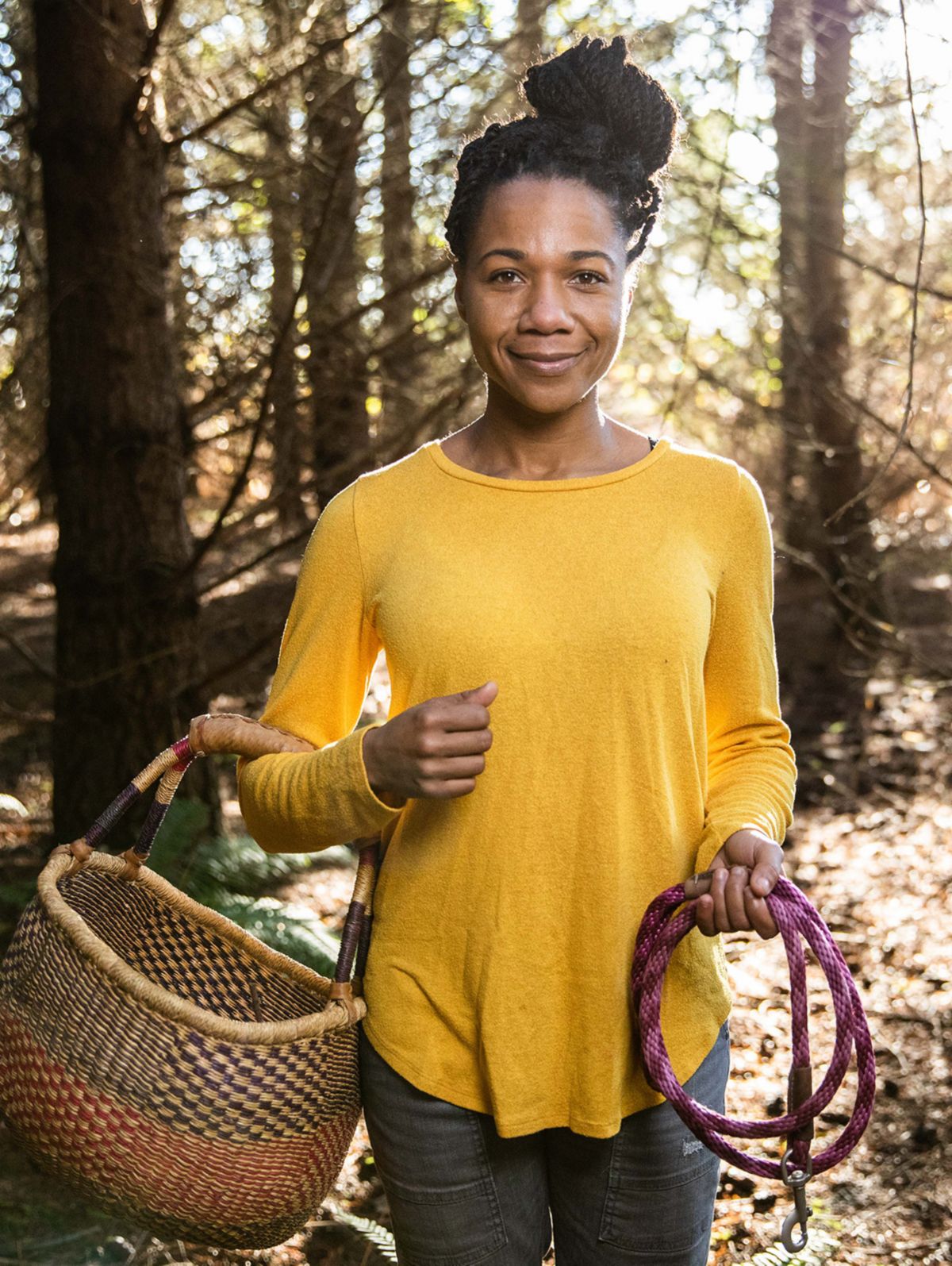 Elan continues to grow her small business while sharing the benefits of foraging and outdoor exploration with others who wouldn’t ordinarily have access to that kind of exposure. She’s passionate about food justice and offers her truffles and other edible finds at reasonable prices — and even accepts food stamps and other forms of assistance. “It's very, very important to make sure that the foods that we have, especially the indigenous foods, are accessible to everybody,” she explains. “I can't overemphasize that enough.”

She also works to support inclusivity in outdoor pursuits through speaking and teaching about the natural world and its bounty. “Because I love wild harvesting so much, I also spread my love by providing outdoor education to the community,” she says. “I do outdoor workshops, mushroom-education classes, natural-dyeing classes and wildcrafting classes.”

Being in the forest is at the essence of all of Elan’s pursuits. Mushroom hunting requires slow, methodical movement through the woods, an understanding of the symbiotic relationships that exist among the trees, animals and fungi, and acute identification skills. With this knowledge, successful days can result in hefty hauls of truffles, Pacific golden chanterelles, porcinis, lobster and yellow foot mushrooms and much, much more, depending on the season.

“It is such a great feeling when you are able to feed your family, your friends and your neighbors with food that you've personally harvested,” she says. “It's very empowering.” 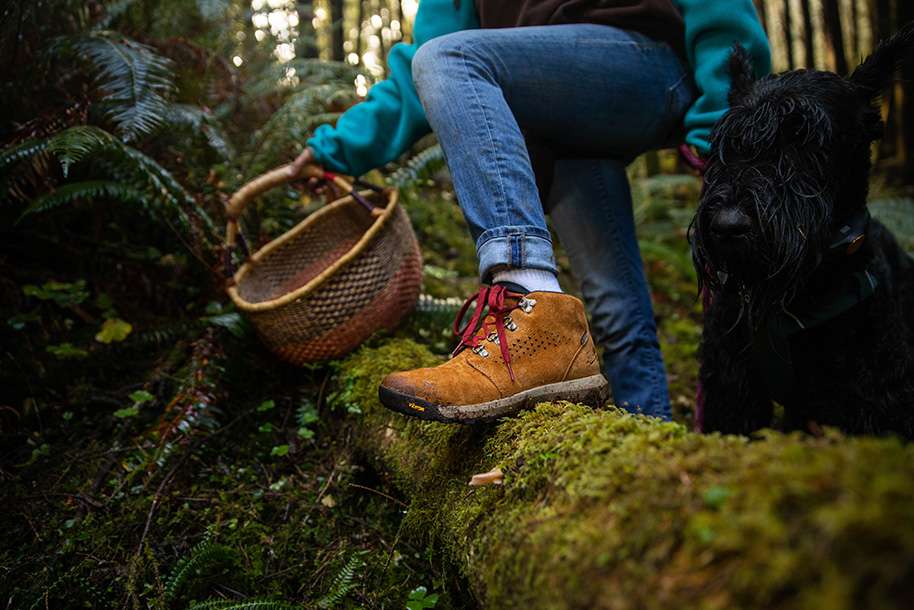 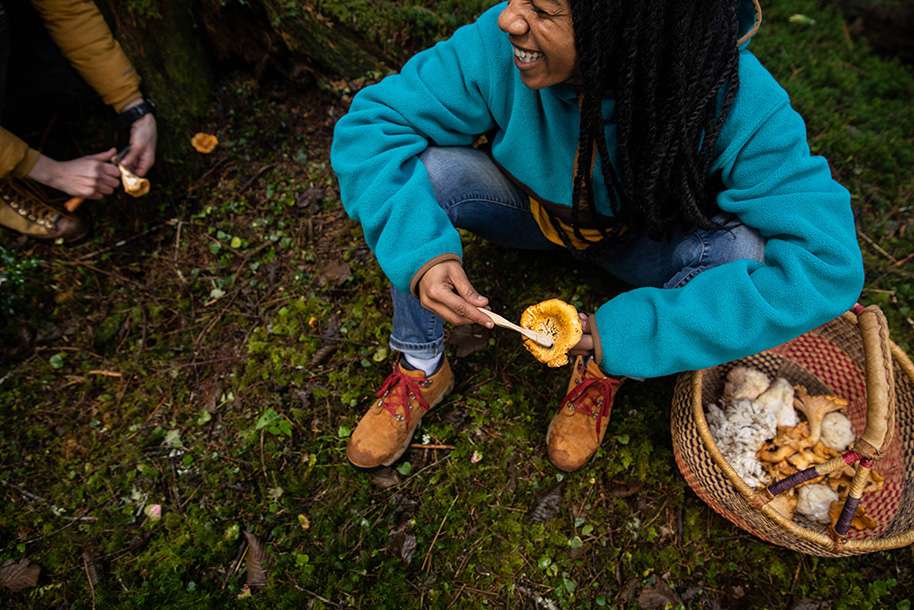 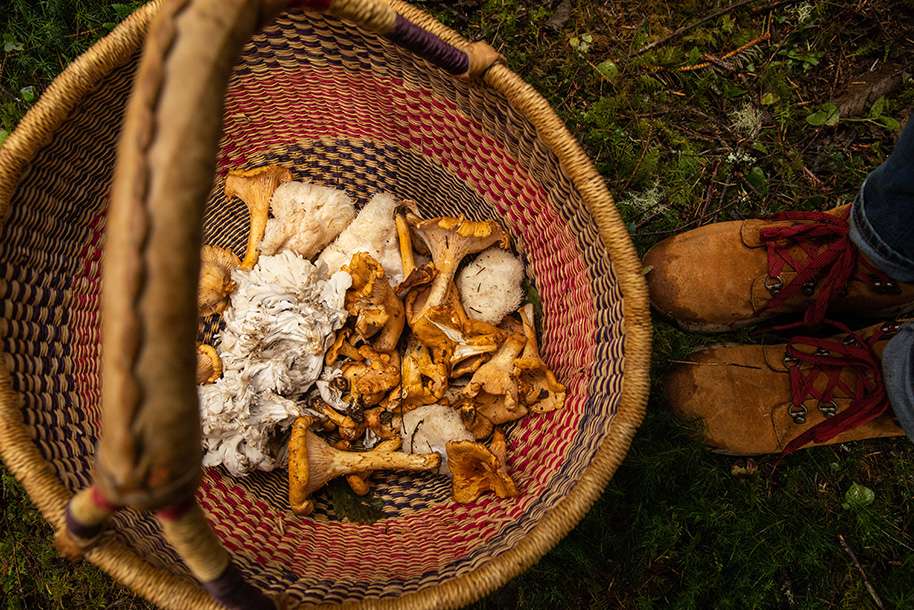 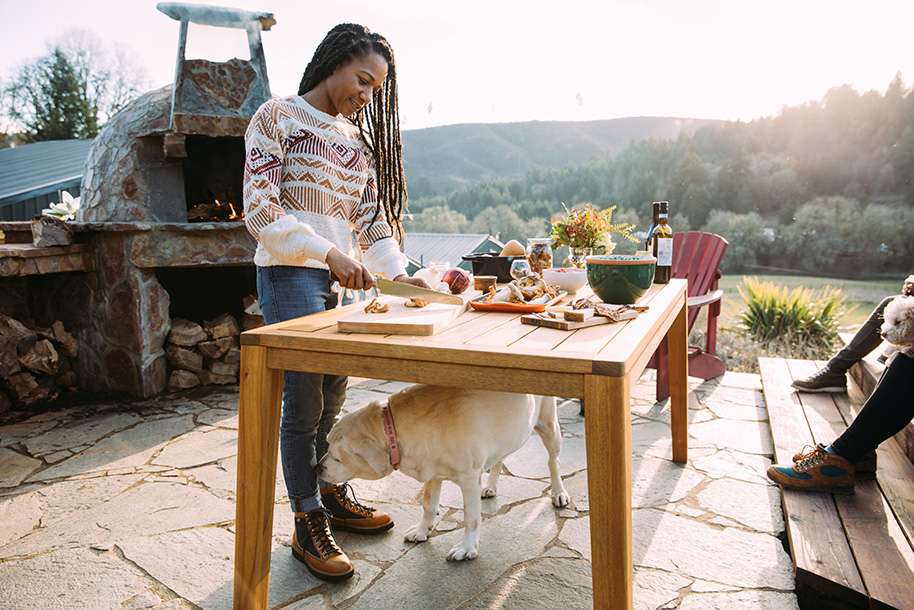