Search for the Lost

The forests that blanket mount hood seem endless—douglas fir, red cedar, and hemlock spilling to the horizon, crowning the bottomless canyons that empty into the columbia river gorge. It’s rugged and wild out there, a place to make people feel small. Once a landscape like that gets into your soul, it’s tough to turn away.

Christopher Van Tilburg grew up hunting and fishing here with his dad. He learned to ski by the time he was seven. To move through this landscape takes knowledge, a collection of lived experience of miles of trails under your boots. Here, Christopher has always felt whole. Here, he knows his place.

Back in his med school days in Seattle, he’d scramble away into the wooded ravines of the northeast part of the city to get his fix in little overlooked pockets of wilderness. Those stolen hours nourished him, kept him in balance. Christopher long ago got used to people telling him that his vision of how life should be would never work out, but he’s never been drawn to the easy path.

We’re pretty good at identifying a kindred spirit, somebody who’s genuinely interested in waking up at two in the morning and skiing uphill into a storm. It’s not easy. It’s not ever easy.

He has built his life around being of service and being outside. He’s worked as an emergency room physician and ski resort clinic doc for years and serves as Hood River County’s public health officer and medical examiner. Before med school, he studied science writing. He still wakes at five in the morning to puzzle over sentences, a habit that has produced half a dozen books—back- country and wilderness guides and two collections of real-life adventure stories from the rare perspective of a mountain rescue doctor.

On top of his demanding professional commitments, Christopher is the medical director of the oldest volunteer wilderness rescue group in the nation. Back in 1926, when a boy went missing on the north side of Mount Hood, a rag-tag group of ski mountaineers brought him home safely. A reporter asked one of the volunteers what they called themselves and the Crag Rats were born. This elite search-and-rescue group still wears the black-and-white checked buffalo plaid flannel shirts of their forebears and responds to every call for help in the wilds of Mount Hood and the Columbia Gorge. 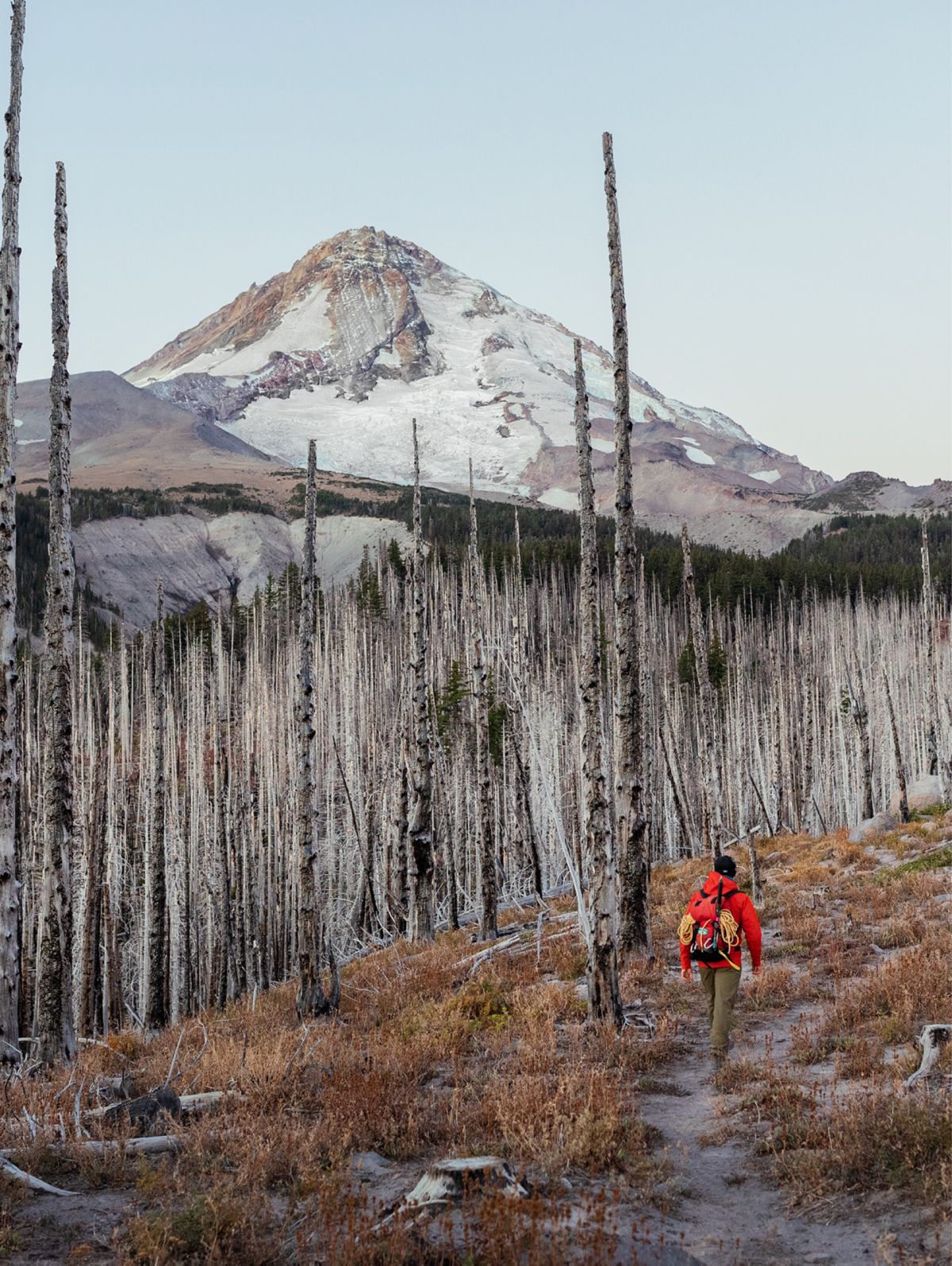 “We’re pretty good at identifying a kindred spirit, somebody who’s genuinely interested in waking up at two in the morning and skiing uphill into a storm,” says Christopher. “It’s not easy. It’s not ever easy.”

As a Crag Rat, he puts himself in unlikely places. Places way off trail. Slot canyons you’d wander into only to tempt fate. Off the side of a cliff into the rubble of a fresh rock fall. Towards an avalanche. If you’re adding up hours though, much of the Crag Rats search-and-rescue time is a long, hard, slog through miles and miles of unforgiving territory.

A typical night on call: an alert comes in well past dark pointing them way up by Wahtum Lake to retrieve and evacuate an injured hiker who’s some seven miles up trail. The sun was on the rise before they had her back to safety. Most of the Crag Rats had to hurry back home to report to their day job.

“These are the people willing to do the work,” says Christopher. “To get out of bed at two in the morning or leave the neighborhood barbecue when they just opened a beer and it’s a sunny August evening. It’s the willingness to be a participant and not an observer.”

A typical day off: a 41 mile run along the Timberline Trail covered in 14 hours. He needs to be able to leave behind the cars and the streets and the buildings in a flash. “You kind of have some solace away from people,” says Christopher. “That’s the draw of the outdoors.”

Mount Hood looms large over a nearby population of some two million people— an iconic stratovolcano with a glaciated peak that juts 11,000 feet above a sea of a Douglas fir forest. Some days it looks close enough to grab from Portland. That proximity can prove perilous.

“Mount Hood is incredibly dangerous, but it’s also incredibly safe,” he says. “It depends on the time of year, the conditions, your skills, and a willingness to turn around when things look sketchy.” That’s one of the most common mistakes—to not turn around when you should.

Some years are busier than others, but he averages about 15 rescues a year. He’s lost count of the total, but he’s not bragging with an estimate of some 200. The Crag Rats’ ethos may run in the family— one of his college-aged daughters has mentioned with more than a passing fancy the notion of buttoning up the buffalo plaid flannel shirt.

“She’s a good athlete and she’s got the passion and the drive,” he says. She climbed Mount Hood with him at 16, and bombed back down on skis, checking one off the bucket list before she even took the SATs.

Christopher Van Tilburg believes that a healthy dose of risk is necessary for a life well-lived. He’s taken the uncommon path and found a small tribe who live by the same code. Don’t call him a hero though. “This is just kind of what we do,” he says. “It’s just part of our life.” 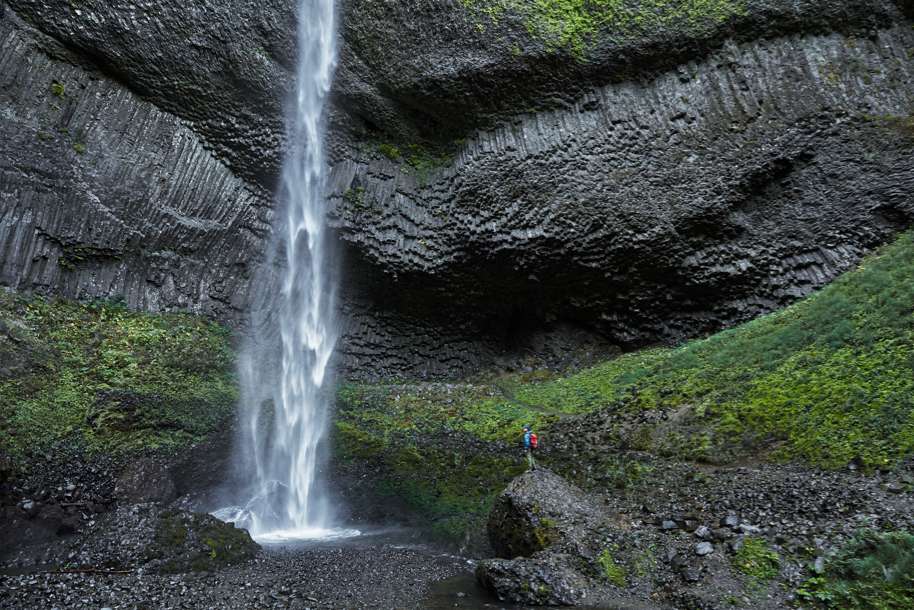 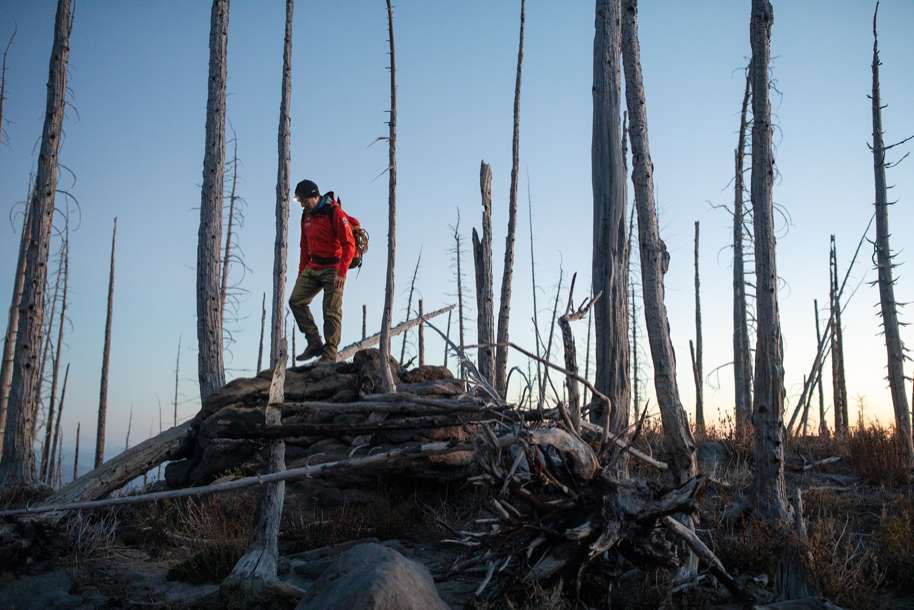 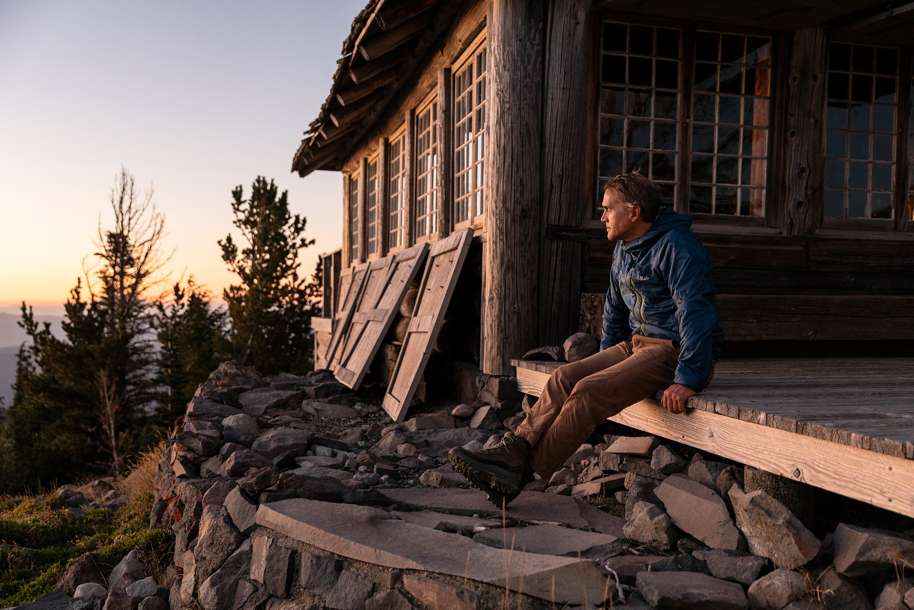 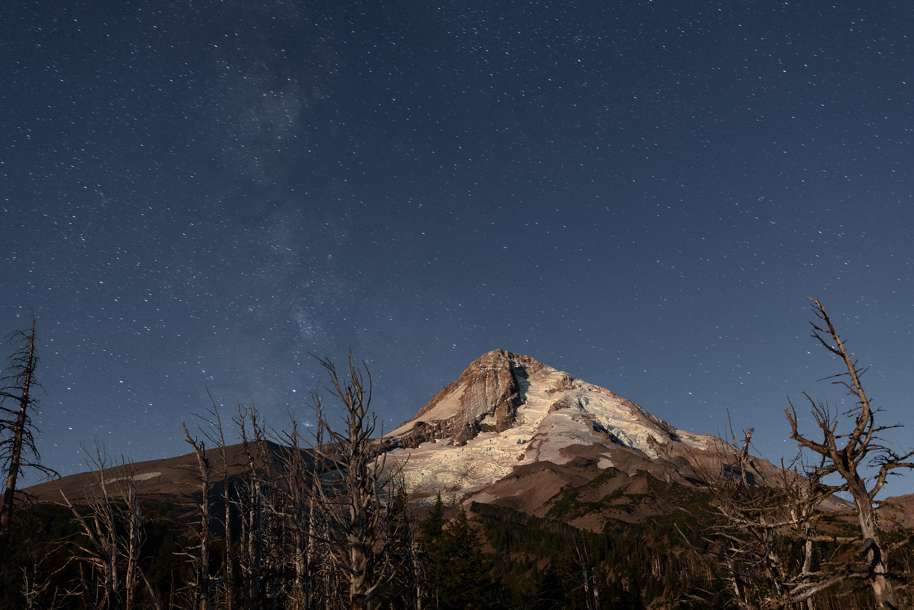